Expertise "In the middle of Difficulty lies Opportunity" Albert Einstein

Eng. Darko Vasilev is the founder and owner of the engineering firm VD Hochspannungstechnik in Ulm. He is known in many countries as an academic and project specialist with hands-on approach in the fields of High-voltage engineering and Power system. For more than a decade he has worked in various countries and, thanks to his high technical affinity, he was appointed to a leading engineering position at a very young age. He has actively participated in more than 25 mega projects with a total order volume of more than one billion euros.

In his youth, Eng. Vasilev was diagnosed as exceptionally gifted. As a result, he received a university scholarship. During his bachelor’s studies in the field of power systems, he conducted scientific research at the University of Glasgow. Soon after his bachelor’s thesis defence, he enrolled for a master’s degree program, specialising in high performance drives, power transformers and large rotating machinery. He graduated with distinction.

His next stay abroad took him to the United Arab Emirates, after which he was drawn to the Emirate of Qatar for many years. There he worked for one of the largest Danish Engineering Consultants, which is one of the top 20 consulting companies in the world – first as a planning engineer in the field of power T&D and power plants, soon as lead engineer; for he could not hide his special talent, his very profound knowledge and his passion for technology for long. In 2013, for example, he had an outstanding idea for the customer “Qatar Aluminium / Norsk Hydro ASA”, which saved the company 7.5 million dollars a year and earned Vasilev the company’s “Cost Improvement Award”.

Eng. Vasilev soon returned to Europe and took up a similar position in Germany with a technology conglomerate where he was responsible for projects in Pakistan, Portugal, Spain and Australia. Meanwhile, he was planning to invest the prize money in his own engineering firm and to let customers benefit from his knowledge and vast experience. 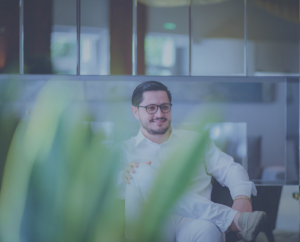